Can a Verbal Promise ‘Hold Up’ after Someone Dies?

Hello, my name is Chris O’Connor, I am the director of O’Connor Ruddy & Garrett Solicitor, thank you for listening to this short video today on “if a verbal promise can hold up after someone passes away”

We often receive inquiries from people where they feel there was something not right about how someone’s estate is to be distributed. Some feel they have been hardly done by when someone dies and they have not received what they were told they would while the person was alive.

So, can a verbal promise ‘hold up’ after someone dies? The answer is yes, in some circumstances. There is a remedy in law which we use as a way to enforce that promise against a deceased person’s estate.  In law, that is called a testamentary promise, or specifically called promissory estoppel.

To be successful in proving a testamentary promise you must be able to demonstrate to a court that:

To give you a scenario where this happens is historically largely with rural properties.  That’s is a father will say to one of his children, if you work on the farm and help care for me when I get old, I will pay you a smaller wage than what you would otherwise receive working in this similar role but when I die, I will give you this farming property. 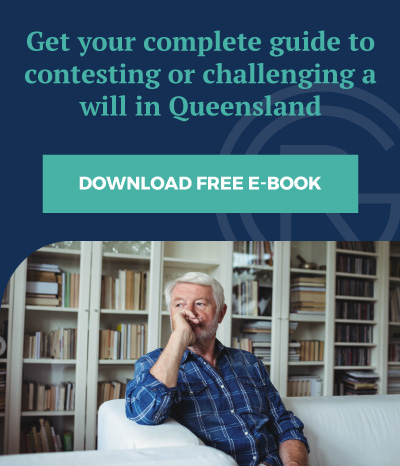 So, then the son then relies on the promise or the representation by his father and continues to work normally huge hours for very minimal pay.  Although, when the father passes away and the child finds out the father has gifted, for example, the farm equally to all his children and not just the child to whom the promise or representation was made, the child would be able to bring a claim against the father’s estate claiming a testamentary promise.

How Court will Consider your Claim?

In this instance, the father made the promise to the child – that if they work on the farm for a minimal wage, they will receive the farm on his death. The child has relied on the father’s promise to continue to work on the farm and received a wage that was under market value. So in this scenario, the detriment is the loss of wages. But detriment does not have to be financial. The Courts have included physiological or other health impairment, or in some circumstances, a loss of an opportunity as a detriment.

Further, because of the detriment suffered by the child, it would be unconscionable or unfair for the estate not to be bound by the promise. What is unconscionable or unfair largely depends on the specific circumstances of the case, although, in the current scenario the child worked and arguably improved the value of the farm and the land and therefore it would unfair for the estate not to honour the promise.

So in this case, the Court would find the farm should be given to the child.

The scenario can also apply to promise to care for family members as the application of this particular action is endless.

There are many instances where come to me and say people say the circumstances of the person’s death and what they receive just don’t seem right or don’t seem fair. If that is the case, please contact our office for a free initial claim assessment to determine if you have a claim, as there are many different solutions we can use to claim what you think you are entitled to.

Can a will be contested after probate?

Family provision claim in QLD: Can a step-child apply?

How to Contest a Will in QLD

« What is probate QLD: And do I need it?Best Lawyers 2023 Edition – Christopher O’Connor Awarded »
Back to Resources

Get in touch today.

Please fill out the form or
alternatively give us a call

Need a Copy of a Will?

If you need a copy of a Will and/or are seeking legal advice, the team at O'Connor Rudy and Garrett can assist you. We will contact you to confirm additional details and then organise contacting the required parties to secure a copy of the Will for you.